Siamsa Seipeil is delighted to welcome Paul Brady, singer, songwriter and multi-instrumentalist to Swinford. Fresh from his historic performance in the Royal Albert Hall, this is a unique opportunity to see a world class artist in the intimate venue that is Swinford Church. 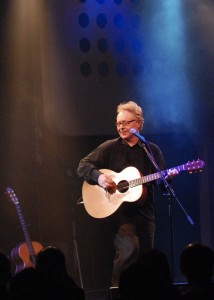 He began to write songs in the early 80s and has since forged a reputation as one of Ireland’s finest singer songwriters, releasing many popular and critically acclaimed records. Songs such as The Island, Crazy Dreams, Nothing But The Same Old Story, Nobody Knows, Follow On, The Long Goodbye, The Homes of Donegal and Paradise Is Here have, over the years, given joy and emotional sustenance to generations of Irish at home and abroad. 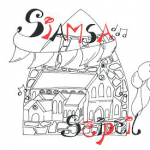 Siamsa Seipeil, the Siamsa Sraide fringe festival, is now in its 3rd year. It’s a Swinford community production and the aim is to bring world class talent to this hidden gem of a venue. Paul Brady follows in the footsteps of Sharon Shannon and Frankie Gavin & De Dannan.

Tickets are available now – and are selling quickly. Buy now, to avoid disappointment, online at www.swinfordgaa.ie and in the real world in O’Connell’s Pharmacy, The Gateway Hotel & Mellett’s newsagents.

Doors Open at 8pm. Support acts will be announced soon.

A preview of the man himself: