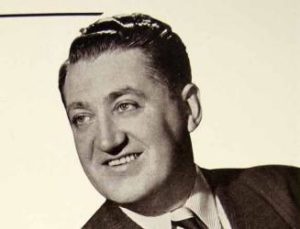 Celebrate the St. Patricks holiday weekend by attending the unique Jack Feeney (tenor) commemorative concert. This concert will be held on the eve of St Patricks Day Fri March 16th at 8pm, in the Gateway Hotel, Swinford.
The renowned singer Seosamh Ó Flaithearta of Cantóirí na Taibhdheirce, Galway, will be accompanied on piano by Tom Cullivan, a former chairman of the Association of Irish Composers.
This concert will showcase many classic songs already made popular in Irish & English by both performers, as well as many favourites sung by Swinford’s famous tenor Jack Feeney.
In anticipation of celebrating its 35th year in 2019, this concert is being organised by the Síamsa Sráide Committee. The festival was inaugurated in 1984.
Historical, Heritage & Cultural preservation is very much valued by visitors to the annual festival. To this end the name of our famous tenor is worth keeping alive.
Tickets are €15 and are available at O’Connell’s Pharmacy, Mellett’s Newsagent, The Gateway Hotel and on the door.